Here \(\beta_0\) is the constant and \(\beta_1 - n\) are the coefficients that the model will have to figure out throughout the learning process.

The data set that we are going to use in this example is a data set which contains the spending and profit data of some companies. we can use multiple linear regression to identify the correlation of the spending to the profit and predict for a new value set. you can download the data set from here.

Now we are ready to read our data set and clean it up to proceed further. and we will also split the data set so we can feed the data to the model right away.

Okay. with this done, we have split the data set and can be used to feed to our regression model. In Python for regression, we can use the scikit-learn library, let's do in now.

Done. so now you can compare y_pred with y_test to see how our regression model has performed. 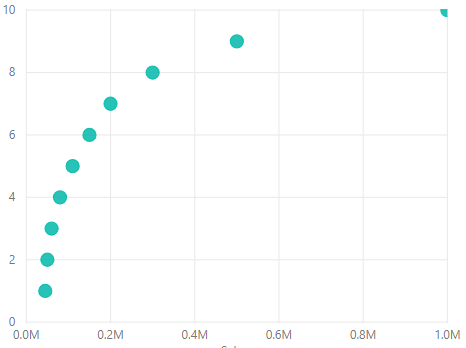 The second assumption we have to make is that the residuals of the regression should follow a normal distribution. Residuals are the error terms or the difference between observed and predicted values of the dependent variable. A histogram of the residuals can be used to check that they are normally distributed. Additionally, you can use a P-P Plot to see the normality.

The third assumption is that homoscedasticity. If you take independent values and residuals, there should be no clear pattern in the distribution.

The fourth assumption is that the residuals must not be correlated

The fifth assumption is that the Independent variables should not be correlated too much that those relationships can affect the model.